How to communicate EU-funded projects? Lessons from PERCEIVE's Ideas Lab at EuroPCom 2018 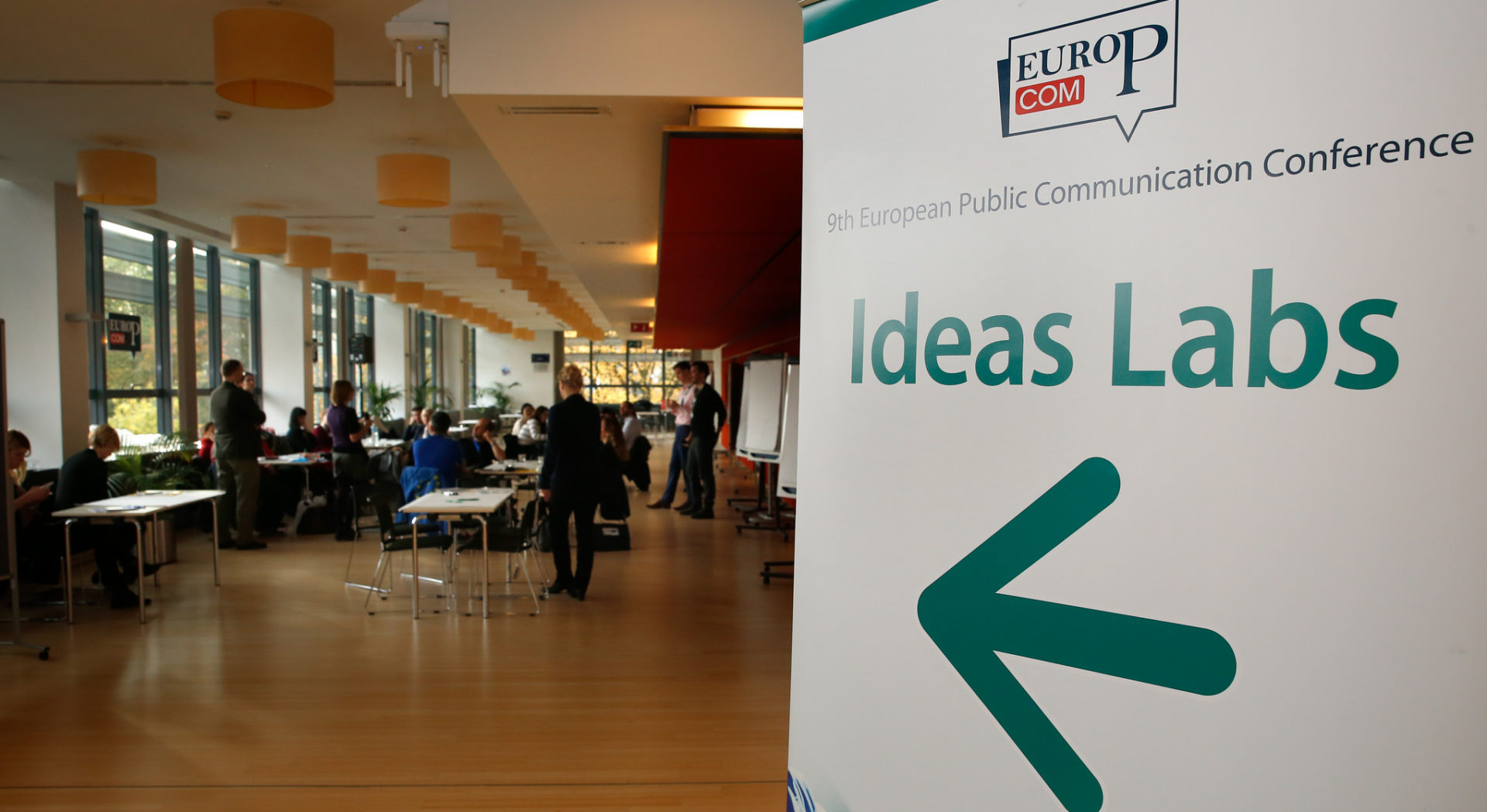 What came up from our Ideas Lab during EuroPCom 2018, "Why should I care about EU?". Between target profiling and communication actions for EU-funded projects, we gathered very interesting results of the workshop and our thoughts about them. Read further!

With the 2019 European Elections approaching, this year's EuroPCom edition was full of intense debates and refreshing ideas on how to improve citizens' awareness of EU's role and investments, especially at the local level. We found thistimeimvoting.eu - the European Parliament's institutional, non-partisan communication action promoting democratic engagement in the European elections - a very valuable initiative. The strength of this project is to give all citizens different choices and therefore levels of engagement in relation to the European elections, in this way the communication action can reach wider and in diversified ways its audiences. We look forward to knowing more about the future development of the campaign! But let's get into our workshop findings.

Communication targets: how to profile them?

After a short introduction about PERCEIVE Project, we divided the participants into groups and they worked on two different projects. Once they read the short description of two different EU-funded projects - the first having as a primary target immigrant families in Neukölln, Berlin, and the second working women in Wales, UK - they started working on the first task of the workshop: profiling the targets for each project. The primary target was stated in the initial description, whereas the secondary target needed to be found by participants. The chart presented several metrics to fill in: generalities, such as name, age and profession, but also interests, technological skills and "costumer europeanity", which means what sentiments does this person have towards Europe, the EU, his or her nation and region?

Results show that the participants took on the challenge and came up with very accurate profiles!

Susan is the working woman profiled as the primary target for the project in Wales. For some, she is a senior accountant for others a department manager in a bank, her interests are arts and crafts, reading books and nature. Susan has a moderate knowledge of technology and her "europeanity" varies a lot, from very positive towards Europe as a geographical and cultural entity to less positive for the EU, negative for the national and less negative for the region. She could benefit from the EU-funded project because it provides guidance and training to women to support career progression.

Concerning the second project, the primary target was Yusuf, unemployed but passionate about football and family activities. He has an intermediate knowledge of social media and digital devices, less on digital media. Yusuf has more positive feelings for the region than for the nation where he lives. He thinks more highly of the EU as an institution than of Europe as a cultural entity. The project in Berlin Neukölln is a family centre that could give him and his family the possibility to receive youth and family services, such as counselling and courses.

Our Ideas Lab has started and groups are working on different #EU funded projects: what are the possible communication targets? How do you profile them? 🤔👩🏻🧑🏽👨🏾👴🏻 #EuroPCom pic.twitter.com/psxumHAsua

But who are secondary targets participants came up with? David, a CEO, Anne, a business student, and Vivian, a graduate student, are the secondary targets for the project in Wales. David has contrasting feelings towards the EU and Europe: he is quite a sceptic about the first one, however, by targetting him in the communication with tailored actions, he would have would be a better understanding of what the EU does and so he might change his mind as well. Anne and Vivian are potential, prospective working women, so they might be interested in paving the way for their careers in advance, by knowing about the project.

The secondary targets for the project in Berlin Neukölln are Isabel, a teacher in its thirties and Sophie and Florian, twenty-year-old students; the generic label is non-immigrant local families. Since the centre is also a popular ecological garden, the participants thought about targets having already an interest in gardening and ecology; for example, guerrilla gardening. The students have more positive feelings towards the EU and Europe comparing to their nation and regions. The teacher has a similar "europeanity" path, however, she is less negative towards the nation and region than the students.

Communication action: how do you raise awareness and engage your target?

The second step of the workshop was to identify the basics in order to undertake a communication action toward the secondary targets, which are more hidden and challenging to address. The participants filled in more theoretical information, such as: what is the message you want to convey? What are the content types you are going to use? The second part of the action template was related to practical steps: which channels to open? What things are you going to do first?

For the project in Wales, the message conveyed for the prospective working women, Vivian and Anne, was of comparison with other women that successfully took advantage of the project, showing the concrete possibility of achievement. The communication was based on social media, website and videos with testimonials. David, the CEO, needed instead to be engaged through studies and data that show the added value of having more women in senior positions within the company.

Regarding the second project, the messages conveyed were very much oriented on how, by fulfilling your passion, you can also help your local community. However, one of the two was more prone to underline the link between helping the community, fostering integration and the EU. For what concerns content and channels, the groups thought about using flyers containing plant seeds as starter kits. Comparing to the project in Wales, the tools suggested were more offline, such as printed materials and door-to-door activities.

What communication actions do you implement to reach out to you targets? What is the message you want to convey? ✉️📸🎥
We had a great time with our participants! Thank you for joining us 👏🏻😊 #EuroPCom pic.twitter.com/CqhG33rsoX

What is the take-home message?

One very interesting finding of this workshop is that only one group out of five explicitly mentioned the EU in its communication action, with the slogan "Let's meet & seed together at the local EU World Gardening!". What can we infer? Sometimes you can identify very clearly and in details your communication targets, but once you do your best to explain the project itself, its potential and benefits, you end up missing out the most important thing that allows changing citizens' perception: the fact that it is EU-funded! This shows how easy can be to fall into this mistake.

In the final year of PERCEIVE Project, we will work on policy recommendations that contain guidelines on how to overcome this and other challenges of communicating EU-funded projects.

We thank again the European Committee of the Regions and all the institutions involved in the organisation of EuroPCom for giving us this opportunity :) 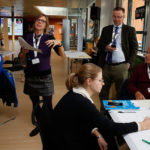 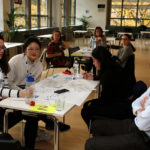 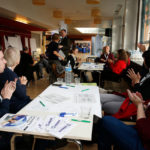 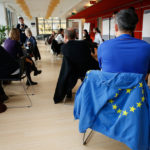 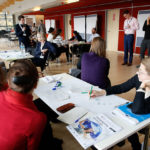 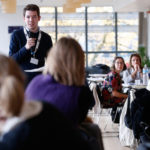