What do Europeans think of Cohesion Policy? An early look at PERCEIVE's survey 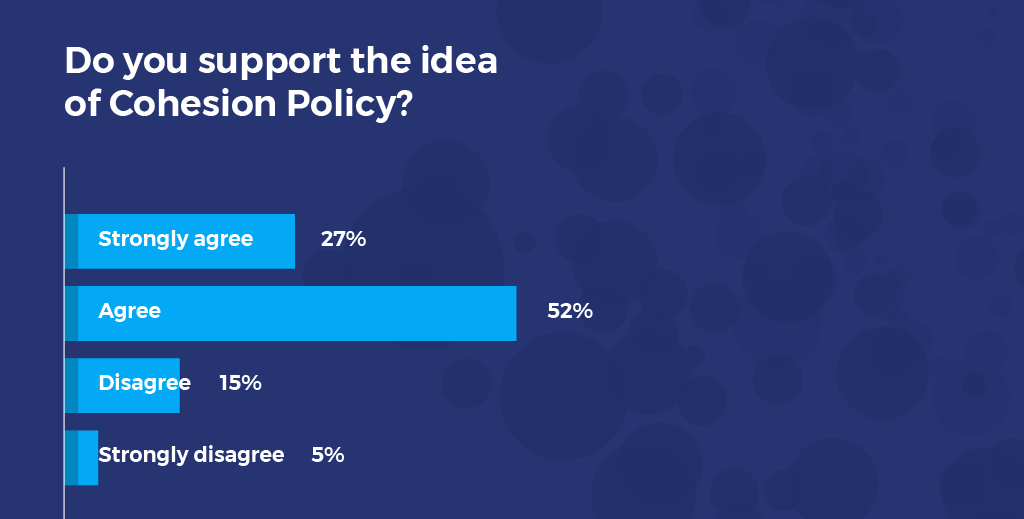 Perceive Project just completed one of the key deliverables of its research: the survey on citizens' appreciation for Cohesion Policy. More than 17.000 citizens have been interviewed in 15 countries. How much do Europeans know about this policy? Do they feel like benefitting from it in their daily life? Have they ever heard of Cohesion Policy's projects? If yes, how did they find out about them? Read more from University of Gothenburg's team members, who crafted the survey, and download the short report!

More than 17,000 EU citizens were interviewed across 15 countries (Austria, Bulgaria, Estonia, France, Germany, Hungary, Italy, Latvia, Netherlands, Poland, Romania, Slovakia, Spain, Sweden and UK). The questions in the survey concerned the general awareness of EU Regional Policy and perceived personal benefits. We also asked the source of awareness, how did they find out about these policies (TV, newspapers, social media, etc.). Others were related to citizens’ perceptions of the biggest problems facing in their region and government effectiveness. We also looked at the identification with regions, countries or Europe and perception of corruption in the governing bodies at different levels.

The expectations before the investigation

We anticipated this being challenging and exciting at the same time. First, there are several powerful theoretical models in the literature on why people support European integration and EU policy initiatives. Our goal was to try to account for as much as we could with our survey questionnaire. Yet since we are really the first to investigate citizens' attitudes regarding Cohesion Policy in a direct way, we tried to keep our expectations as neutral as possible. Second, we also anticipated this being a challenge because we are asking about a policy that many people have never heard of.

In our very early and preliminary work with the data, we have found several interesting things. One, when asked about Cohesion Policy, a clear majority of respondents from each country in our sample either ‘agreed’ or ‘strongly agreed’ with the basic idea and principle behind the policy, which is primarily about redistribution from wealthy member states to poorer regions. When asked if they wanted their country to contribute more/the same/less to the policy, about 18% of our sample said ‘more’, while about 25% said ‘less’. The remainder answered for the status quo. Now the interesting part will be to test the explanatory power of existing models of support for EU integration vis-a-vis our topic.