Want to change the perception of Europe? Let's organise a Road Trip 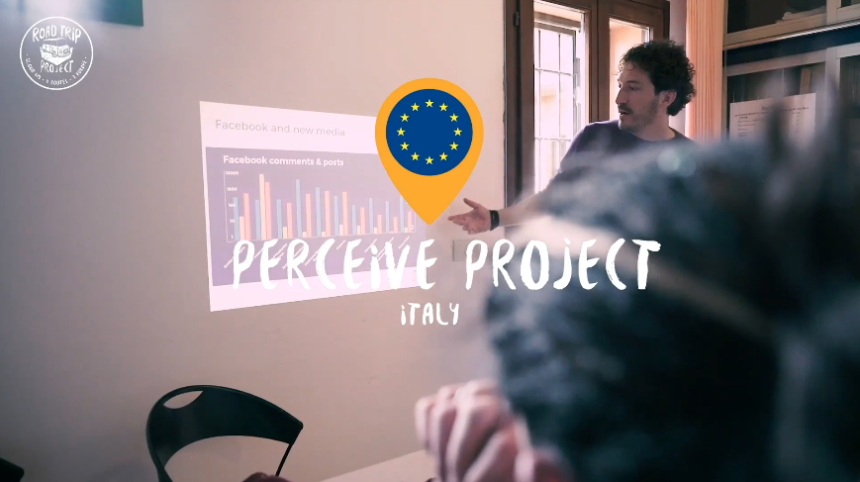 As the picture states: 12.000km, 4 routes an 1 Europe to visit and explore a lot of practical projects and Cohesion Policy results. The Roadtrip Project will stop in Bologna and PERCEIVE's team will be there to meet the two travellers on the Mediterranean Route.

What is Road Trip Project

The Road Trip Project is a European travel experience that takes 8 individuals on 4 routes across the continent between Spring and Summer 2018. From the Baltics to the westernmost point of Europe, the length of the Danube, around the Mediterranean and alongside the Atlantic, the Road Trip travellers meet locals and experience the local vibe, and rediscover Europe together with the online community. The Road Trip Project is an initiative of the EU’s Regional and Urban Policy department of the European Commission.

The travellers share what they learn about the EU funded projects on the journey. At the end of each journey, their experience will be featured in a road movie and reflected in an online travel guide on Europe’s off the beaten paths.

A day in between European history and identity

On the 3rd of May The Road Trip Project will stop nearby Bologna, at the Historical Park of Monte Sole in Marzabotto, where, during World War II, a mass murder took place in the territory around the small village, in the mountainous area. The travellers, Louis and Luisa, will visit The Monte Sole Peace School Foundation, which was founded in 2002 with the aim of changing the memories of history into a place of hope and learning. Now the school takes part to European projects that involve European youth and promote education in human rights, peace and conflict resolution.

Part of PERCEIVE's team from University of Bologna and BAM! will take part in the day's agenda. The researchers will present some of the results from the original survey on European identity. How can citizens develop a collective identification? What did the respondents answer about their feelings towards the EU? Louis and Luisa will have the chance to think upon their personal position about the European identity and their level of awareness of EU funded projects in their regions.

The Road Trip Project will also be a chance to discuss PERCEIVE's research results on the communication of EU related projects. Why is there a low level of awareness of EU funded projects? Why is there a perceived distance between Institutions and citizens? Might it be related to communication strategies? Storytelling is proposed as a mean to overcome this distance, but the actual use of this technique differ among practitioners: the Road Trip Project will be an occasion to reflect on new ways of narrating European projects. We will also present project's results in the presence of certain topics in the media public sphere and the sense of European Identity. What do we talk about when we talk about European funds? And how do these topics affect our identification with the EU?

Do you want to find out more?