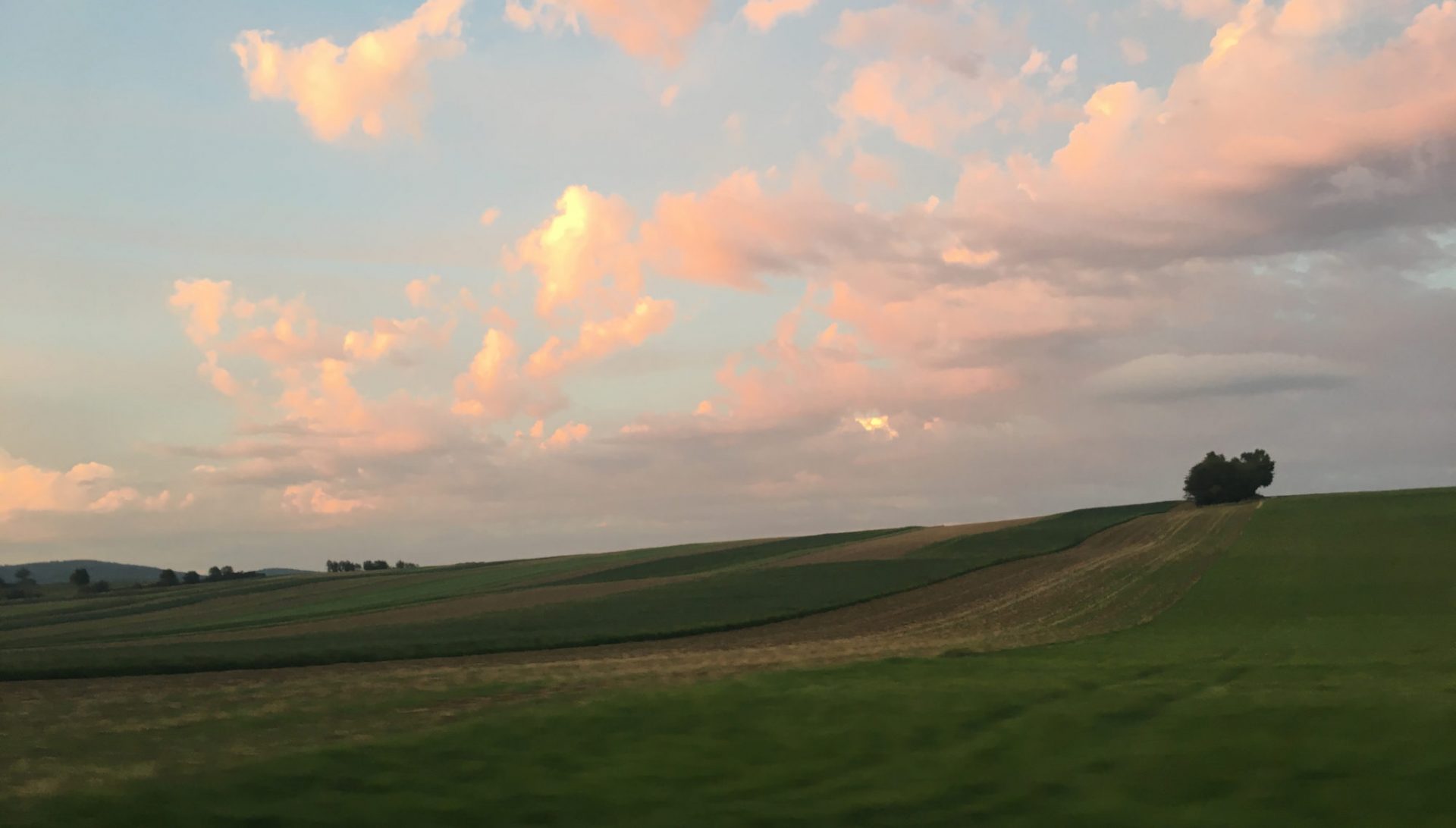 Perceive Project studies the sense of belonging to the European Union in 9 different regions located all over the continent. Our research will contribute to understand how Cohesion Policy's implementation influences citizens' perception. Read the presentation of our study from University of Bologna's team.

What are the project’s case-study regions? Why did you choose them?

Perceive’s case studies had to capture as much as possible the heterogeneity of the different development, socio-cultural and institutional realities of the EU as a whole and they to grant the best conceptual relevance with the overall goals of the project.

Our partners are from the Northern and Western Europe (Sweden, United Kingdom and Austria) as well as from the Southern (Spain and Italy) and Eastern countries (Poland and Romania), thus also providing a good balance between New and Old Member States. The case-study regions selected are: Extremadura (Spain), Essex (United Kingdom), Emilia-Romagna and Calabria (Italy), Burgenland (Austria), Sud-Est (Romania), Norra-Mellansverige (Sweden), Warminsko-Mazurskie and Dolnoslaskie (Poland).

First, we looked at the type of support the regions were eligible to receive in the programming period 2007-2013. The final sample includes five regions belonging to the Convergence objective - GDP per capita was below the 75% threshold of the European average - and three to the Competitiveness and Employment objective, which receive a lower amount of transfers due to their GDP being above the 75% threshold. One region, Austria’s Burgenland, was a so-called Phasing out region: being in transition from the first to the second objective.

Second, we analysed the institutions. In recent years there has been growing evidence around the importance of the quality of institutions in mediating the performances of Cohesion Policy-supported development programmes. Moreover, if institutions are perceived to be efficient, accountable and free from corruption, then it is expected that citizens’ support and trust towards them are higher. In order to identify the most relevant institutional contexts within the countries included in the sample we used the European Quality of Government Index developed by the University of Gothenburg. This index focuses on both perceptions and experiences with public sector corruption, along with the extent to which citizens believe various public sector services are impartially allocated and of good quality. Perceive’s nine case studies cover the whole range of the index. Very virtuous regions such as Sweden’s Norra Mellansverige and Austria’s Burgenland are included, as well as poorer performers like Italy’s Calabria and Romania’s Sud-Est.

The final sample is made up of nine regions. For Italy and Poland two case study regions were selected in order to better exploit the within-country variability that these countries offer: Italy displays very different development patterns along the geographical North/South division, while Poland's Cohesion Policy performance is deeply influenced by a clear rural/urban division.

Do citizens feel European in these regions?

This question can be answered in multiple ways, as the words “feeling European” can take different meanings. In general, the countries of our case-study regions show high variability in the levels of citizens' sense of belonging to the European Union. For example, if we ask people about their sense of European citizenship, data from Eurobarometer show that this is very high and has been increasing in Spain, Sweden, and Poland, where more than three quarters of the population in November 2016 felt that they were citizens of the EU. Austria and Romania are around the European average of 67%, while the United Kingdom and Italy are below this threshold. In the latter, especially, the sense of European citizenship is very low (51%) and has been declining since 2010.

However, if we focus on people’s attachment to the European Union, and thus we add an emotional touch to the civic sense of belonging, the picture gets completely different. The previous percentages decline for all countries, and some nations that looked EU-enthusiast or pro-EU before such as Sweden or Austria suddenly turn Euroskeptic, with the majority of respondents declaring no attachment to the European Union.

Huge differences also exists within the member states. Unfortunately, we don’t have much data available for regions as the standard Eurobarometer survey samples are not representative at regional level. The little information we have is unfortunately not very encouraging. In 2015 there were 43 regions out of 209 where people stated to have trust in the European Union. Two of these regions are among the Perceive’s case studies: Romania’s Sud-Est, where at the time of the survey 51% of respondents had trust in the EU, and Spain’s Extremadura, 52%, where this percentage increased by 14 points from the previous survey in 2012. A striking decrease, on the contrary, was recorded in Italy’s Calabria (34% in 2015) and Emilia-Romagna (41%) and in Burgenland (AT, 35%), where trust between 2012 and 2015 decreased by about 10 points. A negative trend was found also in Warminsko-mazurskie and Dolnoslaskie (PL), but the share of people with trust in the EU is still close to 50%. An opposite dynamic is shown by the cases of Essex (UK), where the 19% share of people that in 2012 had trust in the EU surprisingly rose up to 37% in 2015, and Norra Mellansverige (SE), 47% in 2015 with a 12 points increase over 2012.

Between 2015 and today, a lot of things happened which had an impact on people’s perceptions and feelings towards the EU, such as Brexit, the migrant crisis and terrorism, to name only a few major ones. The first work package of the Perceive project included an extensive survey at citizen level aimed also at mapping public support and identification with the EU across many regions of Europe, not only the case-study. The results of the survey will be available by the end of the month. We expect to gain new insights on the dynamics of citizens’ identification with the EU as well as on the determinants of their feelings and behaviors. These can stem from both individual and context characteristics, but are also dependent on the citizens’ opinion on the EU as an institution capable of improving their everyday life.

What are the characteristics of Cohesion Policy in these regions and how do they affect people’s perceptions of Europe?

Cohesion Policy entails a very wide range of interventions. Structural funds can be used to build new infrastructures and transport networks, for instance, as it typically happens in the least developed regions. But the nearly 50 billion of euros injected every year in the EU with Cohesion Policy help enterprises develop R&D actions to spur business competitiveness, and also support workers’ skills-enhancing programs so as to reduce unemployment and overcome social exclusion. In order for Cohesion Policy to be an appreciated policy, citizens need to feel that all that money exerts an actual impact on their lives. In other words, the targets of Cohesion Policy should match with people’s needs as much as they can.

However, the targets of the Operational Programmes, the macro-plans that group different sets of interventions and give actual shape to Cohesion Policy, are the final result of a composite process where several political, societal and institutional actors take part, with different degrees of involvement and responsibilities.

Cohesion Policy was designed in such a way as to foster cooperation between all these actors, but each country and each region have their own way to design and manage the Operational Programmes. For example, the making of Cohesion Policy in Extremadura, as in other Spanish regions, is mostly managed by national bodies, whereas in Italy or in Poland a major role is played by regional governments. Since one of the aims of Cohesion Policy is the exploitation of local assets and the deployment of the regions’ full potential, who participates to the policymaking and how becomes a central issue. Furthermore, these actors can have conflicting interests. Some of them may also make use of the Structural Funds to pursue their own personal interests, as do opportunistic politicians that favor those fields of interventions where projects ensure higher visibility, regardless of their utility.

A lot of factors thus intervene on the awareness and appreciation of citizens towards Cohesion Policy. The research activities envisaged in Perceive will generate new valuable information that will allow to accurately check on Cohesion Policy and its relationship with the Europeans in a very delicate moment of the policy itself and of the European Union as a whole.